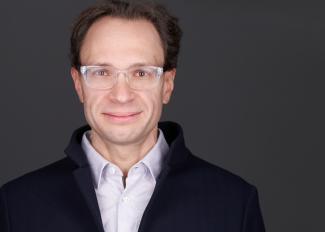 Dr. Plotkin is a Professor of Biology and holds secondary appointments in the Department of Mathematics (SAS) and the Department of Computing and Information Science (SEAS). He is a leader in the field of molecular evolution and mathematical biology. His work leverages mathematical models of populations as a framework for understanding broad patterns of biological, cultural, and social evolution. He has an extensive publication record in some of the most prestigious journals in his field, and his many honors include election as Fellow of the American Association for the Advancement of Science (AAAS), as well as Packard, Sloan, and Burroughs Wellcome Fund Career fellowships. Plotkin has served on the editorial boards of Science Magazine, Theoretical Population Biology, and Cell Reports, as well as on the Board of Advisors of the U.S. National Institute for Mathematical and Biological Synthesis.  At Penn, he has been a Penn Fellow and a member of the Faculty Senate and the Penn Arts & Sciences Committee on Academic Freedom and Responsibility.