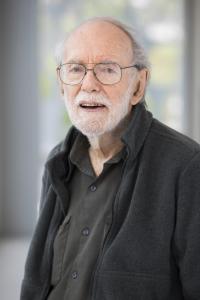 The last time the 17-year cicadas emerged from the ground, Facebook was just being introduced at Harvard and the iPhone didn’t exist. It’s an extreme case of long time no see. To learn more about the reclusive insects, we talked to Daniel Janzen, DiMaura Professor in Biology in the School of Arts & Sciences. Janzen studies tropical ecology and the biodiversity of tropical ecosystems and is known for his pathbreaking research on how insects interact with nature.

The life of a cicada, he reports, actually begins in the treetops. The female uses a saw-like blade at her rear called an ovipositor to cut a slit in a twig, into which she pushes her eggs. After a few weeks, the nymphs hatch, fall out of the tree, and burrow into the ground. There, each one inserts its proboscis into a root, which will provide it with nourishment and water.

Roots, though, are not very nutritious. “They’re not like foliage or fruits or seeds, things that you can grow up on fast,” says Janzen. Because of this, various species of cicadas grow underground for years. Being buried provides protection, so they don’t develop any chemical defenses, like a bad taste or smell.

“The nymph is basically a hamburger, from the viewpoint of any predator,” Janzen says. Some are found and eaten along the way, but thousands just live under our feet for years. Their genetic programming tells them in what year to emerge to make their final molt to an adult, and the weather tells them at what point during that year.

How did they develop this long, synchronized cycle? Somewhere along the way, says Janzen, possibly in a year with a lot of rain and nutrition, a big bunch of cicadas emerged at once.

“So they all come out at the same time,” says Janzen. “And the predators eat them, but because there’s so many, a lot escape. And those who escaped were genetically programmed by selection to be synchronized the next time.”

With so many cicadas at once, everything that eats them—carnivores, herbivores, your dog, some humans—has a great year. “All their predators are filling up their stomachs, having the maximum number of babies, doing very, very well,” says Janzen. “But the next year, all those babies are grown up, and there’s no periodical cicadas to eat. That means any cicada who was late by one year gets clobbered. But those who hit that 17-year period survive. It’s called selection for synchrony by predator satiation.” 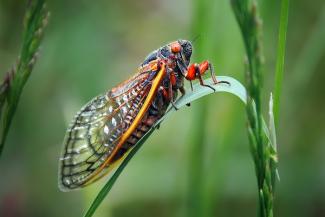