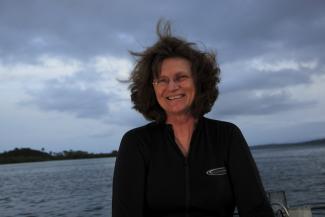 We still lack a well-constrained estimate for the diversity of marine life. The challenge stems from the fact that most marine species are small, rare, and undescribed by science. Fortunately, high-throughput DNA sequencing approaches (meta-barcoding) combined with standardized environmental samples provide a cost-effective way to estimate the number of species in a specific location and compare such estimates with those made elsewhere.  Moreover, GenBank turns out to be more reliable taxonomically than previously assumed.   But as witnesses to unprecedented destruction – be it coral reefs dying, fish populations collapsing or shorelines choked in plastic - marine biodiversity scientists must also consider the role they can play in maintaining and restoring ocean health, including by engaging in public dialogue.  For decades the primary message has been doom and gloom, but increasingly the importance of sharing more positive examples of success has been recognized.

Website
© 2020 The Trustees of the University of Pennsylvania
Penn Weblogin