The generation of neuronal diversity 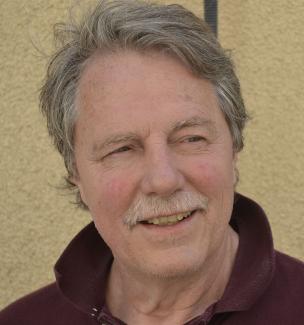 In the Drosophila optic lobes, ~200 types of neurons that are organized in 800 columns process inputs from 800 unit-eyes. Our lab asks how this variety of neurons is generated during development, how they generate their retinotopic projections, and how they establish the appropriate connections to build visual circuits for motion and color vision, object detection and other visual features.

There are ~800 Neural stem cells in the medulla that express a series of >12 temporal transcription factors (tTFs) in a sequential manner, with a given tTF activating the expression of the next one, and repressing the previous one. This allows the progression of the temporal series as the neural stem cell undergoes multiple cell cycles. Different neurons are produced in each temporal window at each stem cell division, thus allowing the generation of all neurons that form the neural network in each of the 800 columns. ‘Uni-columnar neurons’ are generated by each neural stem cell while ‘multi-columnar’ neurons that are present at a lower stoichiometry emerge from neural stem cells present in distinct regions of the medulla neuroepithelium. Therefore, the generation of many cell types is highly deterministic and involves the integration of temporal and spatial patterning. Neurons then acquire their adult functional characteristics.

To identify the transcription network that controls these features, we single-cell mRNA sequenced >250,000 individual cells at different stages of their development. These cells clusters into >200 clusters representing nearly all neural cell types in the visual system, from the time they were born to the time they function in the adult. We could match many of these clusters to neurons identified based on their morphology and function, as well their connectivity. This allows us to define the genetic network that control their neuronal identity and their differentiation and connectivity. Interestingly, we find that the same terminal characters are often regulated by different transcription factors in different cell types, arguing for extensive phenotypic convergence. The tTFs not only specify neuronal identity but also control subsequent neuronal differentiation. We find that terminal differentiation genes, such as neurotransmitter-related genes, are present as transcripts, but not as proteins, in immature larval neurons days before they are being used in functioning neurons; these mechanisms are conserved in humans. This offers a comprehensive description of a temporal series of tTFs in a neuronal system, offering mechanistic insights into the regulation of the progression of the series and the regulation of neuronal diversity. This represents a proof-of-principle for the use of single-cell mRNA sequencing for the comparison of temporal patterning across phyla that can lead to an understanding of how the human brain develops and how it has evolved.