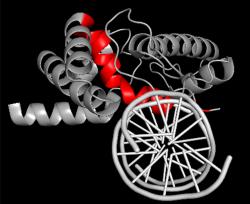 Cells don’t express all the genes they contain all the time. The portion of our genome that encodes eye color, for example, doesn’t need to be turned on in liver cells. In plants, genes encoding the structure of a flower can be turned off in cells that will form a leaf.

These unneeded genes are kept from becoming active by being stowed in dense chromatin, a tightly packed bundle of genetic material laced with proteins.

In a new study in the journal Nature Communications, biologists from the University of Pennsylvania identify a protein that enables plant cells to reach these otherwise inaccessible genes in order to switch between different identities. Called a “pioneer transcription factor,” the LEAFY protein gets a foothold in particular portions of the chromatin bundle, loosening the structure and recruiting other proteins that eventually allow genes to first be transcribed into RNA and then translated into proteins. 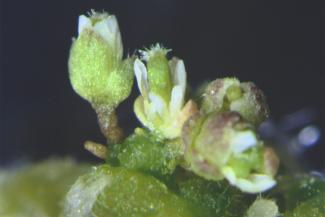